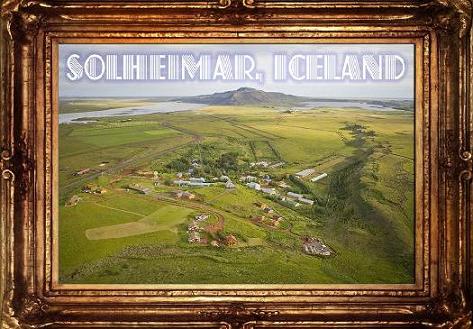 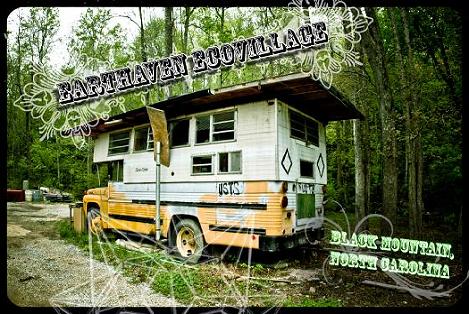 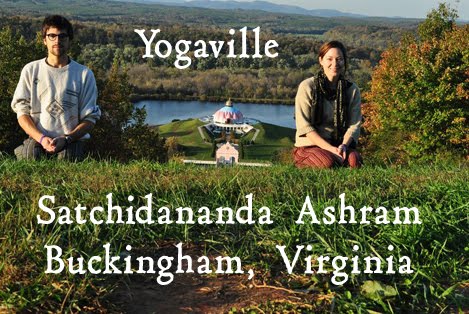 We want to "co-create with Spirit a wise, just, and sustainable culture, in balance with the natural world; and to be a living example, manifesting a spiritual ecology — a vision of our new reality — in our daily lives." 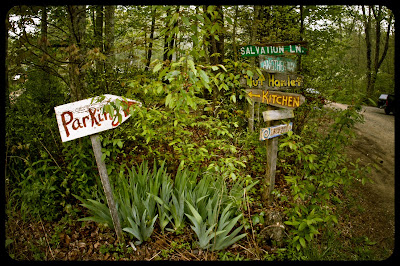 Right around the time of the Spring Equinox, about four months after returning from Solheimar Ecovillage in Iceland, and slowly letting modernity seep back into my life, I began to feel disillusioned by America/academia/unsustainability. So on my last Easter break of college, my girlfriend Emily and I took a trip to the Blue Ridge Mountains of North Carolina in search for nature and people who respect it and coexist with it. We found just that after winding up and down misty mountain roads until the pavement ended and a sign that read “Earthaven Ecovillage”. Earthaven, located in Black Mountain, NC just outside of Asheville, is an aspiring
intentional community that was founded in 1994. At this point in its growth it only has about 60 community members, but is aiming for 150. 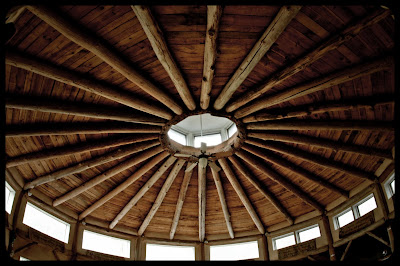 The further Emily and I drove down the dirt road, the more excited I got to experience my first American Ecovillage. Once we parked the car and turned it off, the peaceful silence settled in. We met up with some others, and were shown around by River Otter, a woman with a floppy red hat and a genuine permasmile. Our first stop was the community counsel hall, a circular cob & strawbale building framed with trees felled from the area. 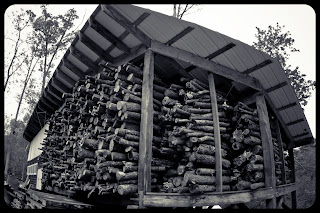 Unlike Solheimar, where trees and natural building materials were nowhere to be found, Earthaven was in the middle of dense mountain hardwood forest, which significantly opens up the possibilities of ecological building. Most of the structures in Earthaven were cob/strawbale, made from clay sourced from the river that ran through the village and hay from neighboring farmers. “It’s an ongoing experiment,” River Otter said referring to both cob-house-building and the ecovillage as a whole, “and we keep getting better at it.” 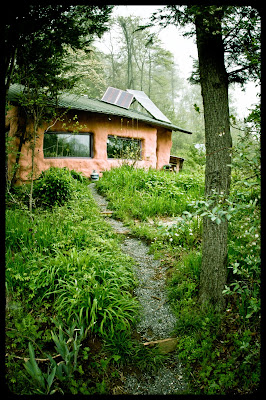 Earthaven is divided into 14 ‘neighborhoods’ within the 320 acre forested land. Earthaven is self-governed through small committees that use consensus to make decisions. There is a fee to live in Earthaven and once you move in, everyone’s resources are pooled. Other than physical distance separating the neighborhoods of Earthaven, there are a few things that make each one unique. Some neighborhoods have communal kitchens and eating situations, while others are more private. The types of houses range from simple tents, to trailers, to geodesic domes, to ‘earthship’ homes made of recycled tires, to cob houses of all different shapes and sizes. The community strives to be as self-sufficient as possible in terms of energy, food and economy. 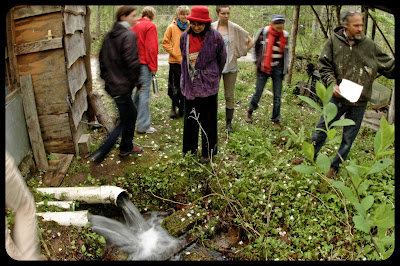 Earthaven is 100% off the grid, with the central village area operating on hydroelectric power, using gravity to run pipes of water from the river down through turbines, and the rest of the electricity coming from sun, evidenced by the dozens of large solar panels scattered about. Although they are not quite there yet, Earthaven is on their way to to food security and self-sufficiency. They certainly do harvest lots of organic fruits and veggies and raise some livestock, but they still make trips to the town of Black Mountain for food, which reminded me of the members of Solheimar driving to the nearby town of Selfoss to go to the giant grocery store to bring back to their ecovillage. Some members of Earthaven work outside the community, but a strong urge exists for people to make a living within the community. Some of the on-site businesses include ArtiSun Construction & Forestry, Red Moon Herbs, Useful Plants Nursery, and Yellowroot Farm, a biodynamic CSA farm. 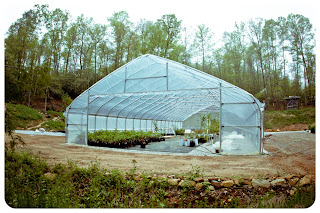 Within the village live several progressive people who teach others how to create ecovillages, train people to employ permaculture, people who teach how to make buildings and plasters out of natural materials, those who facilitate the consensus process, how to make herbal medicines and tinctures, explorers of alternative energies, carpenters, chiropractors, hypnotherapists, artists, massage therapists, reiki practitioners, and many more. 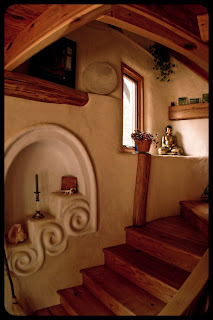 The age range of residents varies much more than that of Solheimar, whose population was mainly adults and seniors. There are a handful of young children that live in Earthaven, who we saw running around and playing with kids from other ‘neighborhoods’. Beyond humans, many pigs, cows, chickens and goats call Earthaven home. Water is precious in these mountains, and they have several methods of water reclamation and conservancy. 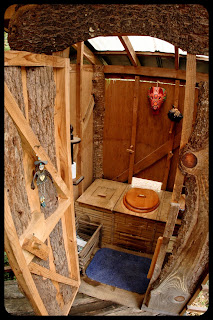 The village uses waterless composting toilets and stores rainwater and spring-fed water in giant tanks for irrigation and for drinking. None of the homes have heating or air conditioning despite the snowy winters and steamy summers of the Appalacian mountains. Instead, they thought ahead with mother nature in mind by using passive solar heating in addition to natural building materials that trap heat when it’s cold. 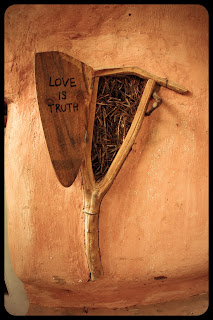 While strolling around the pristine grounds of Earthaven, everyone looked busy, either finishing a cob wall, stirring compost piles, painting and plastering insides and outsides of houses, cooking healthy meals, or meeting up with fellow community members to discuss future growth and ways to become more self-sustainable. 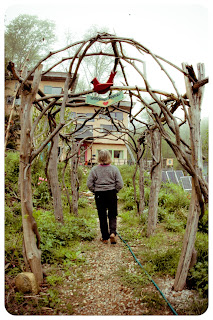 My visit to Earthaven reminded me of the magic of intentional communal living and refreshed my desire to visit morep laces within the United States that are trekking down the same bravely humble path toward a healthier, happier, simpler future. 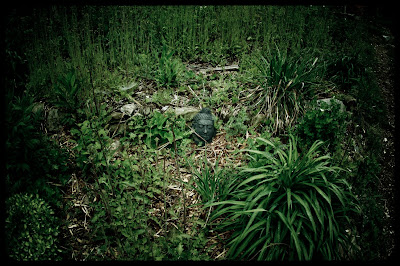